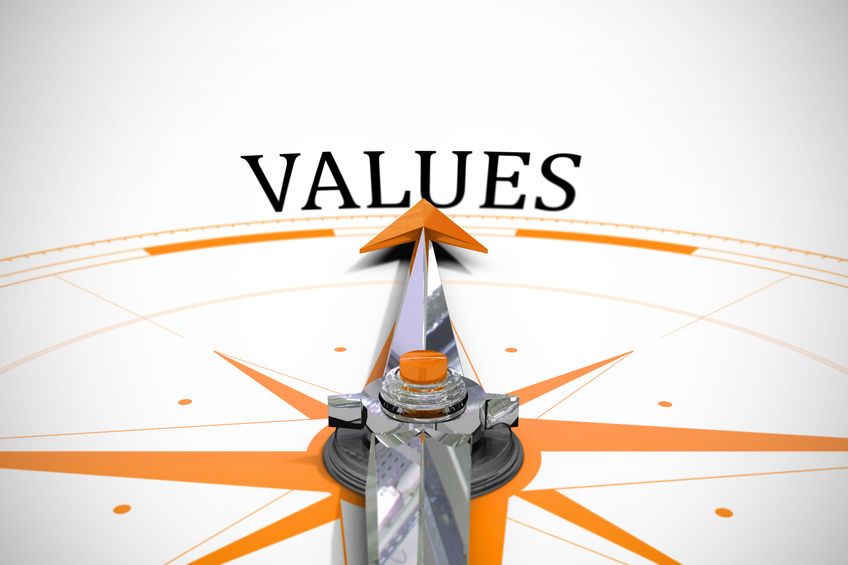 Our culture no longer believes in moral absolutes. Everyone decides for themselves what’s right or wrong. This leads to a major social problem. A shared moral compass plays an important role in a society. If everyone is free to do what is right in their own eyes, how can society function?

It occurred to me that something else is replacing the role of morality as a guiding force in our culture: offence. It is no longer the adherence to a moral code that guides us. Instead, it is the avoidance of offending someone.

In the past, morality was viewed as an absolute, existing outside of an individual’s preferences. If some action was wrong, it was wrong because it violated the absolute standard or morality, not because I, as an individual, was offended by it. There wasn’t always agreement about exactly what was and wasn’t moral, but there was agreement that a basic standard existed.

But it’s more than that. It’s not enough to just be offended. We must be offended by the right things. Our society has given these offensive things scary sounding names like “homophobia,” “Islamophobia,” and “misogyny.” If someone speaks in favor of the traditional definition of marriage, for example, they must be ostracized and silenced to keep them offending someone. However, this “no offence” rule doesn’t work both ways. For example, it doesn’t matter that some find the promotion of same sex marriage offensive. Anyone offended by that is wrong, because it is not a socially acceptable reason for offence. Ask why one cause of offence is justified and the other isn’t, and you’ll likely receive an answer like “we don’t have to tolerate intolerance.” (The self refuting nature of that statement somehow seems to escape notice.)

Unfortunately, those of us who tend reject the politically correct list of offenses have largely still bought into being defined by what offends us. We simply form our own “tribe” centered around a different set of acceptable things to be offended by. We never stop to question whether this vicious circle of offense makes sense.

Long term, can a society organize itself around a standard of shared ideas of offence? I don’t think so.

First of all, it is an entirely subjective standard. Who determines which offenses a society will or won’t tolerate? It is entirely based on feelings. Feelings change, and form a poor foundation for organizing a society. What’s taboo today could well be acceptable tomorrow, as our whims about what should be offensive change.

Second, avoiding offence is an inherently repressive approach to organizing a society. We can debate moral standards, but we can’t debate standards of offense, as even the debate would offend someone. Individuals and groups who reject society’s standards for offence cannot be engaged or debated. Their ideas can never even be given a hearing. So, these “offensive” people and groups must be marginalized and silenced. That’s why “offensive” viewpoints are no longer debated; they’re shouted down. How can a society be considered just if large numbers of people aren’t even given a voice? How can a society remain stable while opposing groups won’t even listen to one another?

Finally, this approach is simply divorced from reality. No matter how unpopular the idea may be, absolute moral values do exist. They are a reflection of the unchanging character of God, and exist independent of any individual or societal preferences. And no matter how much we might try to deny it or how unpopular the notion may be, we all know that some things are simply wrong. From a Christian perspective, this internal moral code is to be expected. Romans 2:15 explains that God has written his law on our hearts. As the idea of moral relativism and “offensive absolutism,” for lack of a better term, is false, it ultimately cannot last as a guiding principle for society. Just as modernism failed, and was replaced by post-modernism, this is destined to fail and be replaced by something else. Whether that “something else” is better or worse remains to be seen.

As Christians, we have better foundation than the shifting whims and ideas of culture. We must not define ourselves by what we feel is offensive, but what the Bible says is true. We must also refuse to be silenced out of a fear of offending others. Jesus offended people. (Matthew 15:12)  Paul offended people. (Galatians 5:11) The message of the cross is fundamentally offensive, but love compels us to share it anyway. I’m not saying that it’s okay to be an insensitive jerk, or that we should aim to offend others. Far from it. It is never okay for us to marginalize, devalue or disrespect others. We’re called to engage them with gentleness and respect. (1 Peter 3:15) Yes it’s inevitable that people will be offended by the message of the Bible, especially in our offence-driven society. However, it is essential that we ensure that when people are offended, it is by the truth of the gospel and not by our insensitivity or lack or respect.