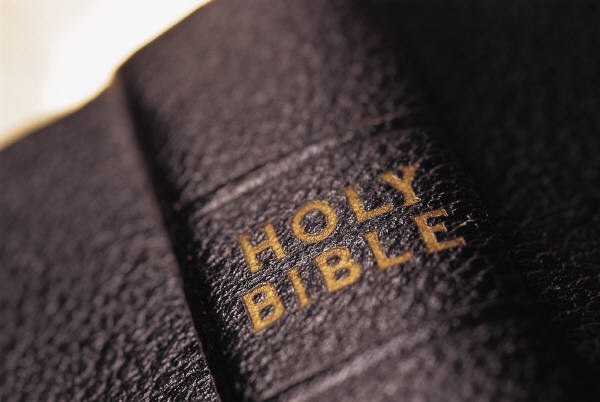 I Believe in the Bible

I am more than just an entertainer, I am a minister of the Gospel. So what I believe and proclaim matters. Even seemingly small theological compromises can have great consequences. I certainly hope Pastors and church leaders exercise care in verifying the theological orthodoxy of anyone they bring to their church or Christian organization, especially  if they are bringing in someone to minister to their kids. That’s why my statement of faith has always had a prominent place on my website.

I thought it might be useful to go into a bit more depth about what I believe. This isn’t intended to be a defence of what I believe. It is merely a more detailed statement of my beliefs. So here’s the first in a series of “I Believe…” articles, this one dealing with the Bible. In short, I believe the Bible is the inspired, authoritative Word of God, inerrant in its original manuscripts.

God worked through human authors to say exactly what he wanted to say, right down to the specific words that were written. I am not saying God dictated the Bible to its human authors. Rather he worked with and through their education, intellect, and personalities to produce the end result he wanted.

It has become somewhat common for people to claim the Bible means whatever the reader wants it to mean. I want to be clear, Bible passages mean exactly and only what God intended for them to mean. Certainly there are instances where there can be honest debate as to what a particular passage means. Our goal in these situations must be to determine what God actually intends to communicate, not what feels right to us.

This means that the Bible is true in everything that it proclaims. The Bible includes things like parables, figurative language, figures of speech which are not intended to be interpreted literally. For example, when Jesus said, “I am the vine” in John 15:5, he wasn’t teaching that he was literally a plant. He was using figurative language to make a point. However, any time the Bible proclaims that something is true, it is true–even the miraculous stuff like the creation of the world from nothing, Jonah being swallowed by the fish, and the virgin birth.

There is a related principle called “the perspicuity (or clarity) of Scripture.” (Theologians love their big words!) This does not mean that everything in the Bible is clear. Lets face it, parts of it can be quite confusing! It simply means that the Bible says what it means, and there is no external work that must be used as a starting point to interpret it. There are many groups that say they believe the Bible is God’s Word, but insist that it can only be understood if you begin with some other book, church teaching, or theory. Since the Bible is God’s Word, we must use it as a starting point to judge these other works, not the other way around. Of course, there are many commentaries and tools that can be great Bible study aids, but we must never allow them to have authority over the Bible.

The concept of the authority of Scripture follows naturally from its inspiration. Since it is the Word of God, it has his authority. We don’t get to decide for ourselves which parts to obey. Clearly, that is much simpler in theory than in practice. Parts of the Bible were written for specific times or situations, and may not apply today. For example, I’ve never met a Christian who feels compelled to obey Leviticus 19:19’s command not to “wear clothing woven of two kinds of material.” However, when determining whether a specific passage applies to us today, it is essential that we rely on solid Biblical principles, and not just our own feelings.

The final principle is inerrancy. It is important to understand that when I speak of the Bible being without error, I am referring to the original manuscripts, not any specific modern translation. Every translation is the Word of God, to the extent that it accurately conveys the meaning of the original document to the reader. I’m not going to go into details here on how we know exactly what was in the original documents. I will simply point out that we have an amazing wealth of evidence, giving us great confidence that we really do know what was in those manuscripts. (If you’d like to know more about this topic, you can get a good introduction by watching Josh McDowell’s videos on the Bible.)

So what do you think? Am I off-base, or did I miss anything important? Share your thoughts in the comments.