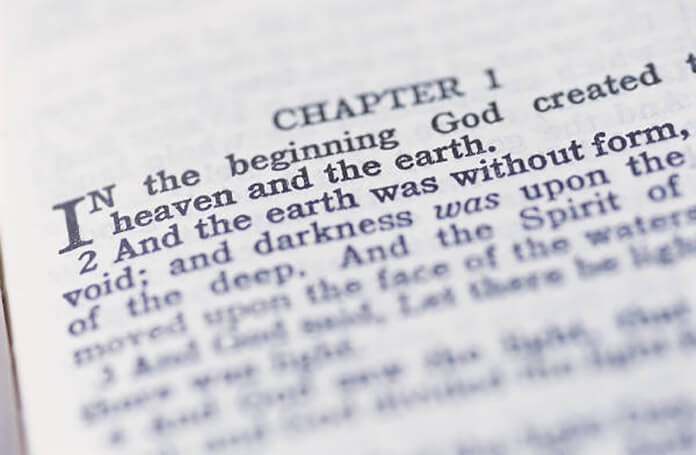 A generation or two ago, pretty much everyone in our culture was at least familiar with the basics of Christianity. People understood basic Christian concepts like truth, sin, and God and Jesus. You could simply tell people about Jesus, because they already had the background to understand. That’s no longer the case.

Sadly, it appears to me that even in the church, there are a growing number of Christians who have a very limited understanding of what the Bible really teaches. Kid’s ministries tend to just teach random Bible stories. Kids hear stories like David and Goliath, Noah and the Ark, Sampson and Delilah, and Daniel in the Lion’s Den, but they aren’t taught how these stories fit together or what they have to do with “real life.”

Even many Christian adults seem to have a limited understanding of the Bible as a whole. We tend to treat the Bible like a buffet where we can pick and choose what appeals to us. We tend to latch on to certain verses that appeal to us–whether or not those verses actually mean what we want them to in context-- and ignore the rest.  (To be clear, I am not saying that this is the case for all American churches or believers, only that it seems to me to be increasingly common.)

I had this in mind when I started planning my new series of programs for kid’s camps and other similar events. I wanted to cover the basics of the faith, without making any assumptions that the members of the audience have preexisting foundational knowledge. The result is God’s Big Story, a series of eight programs designed to provide an overview of redemptive history, starting from the very beginning.

The first program simply introduces the series, and provides a general overview. The next deals with God’s story book, the Bible. It discusses where the Bible came from, and why it is trustworthy. Unlike a lot of stories that are made up, the Bible tells us the true story of God’s interaction with mankind throughout history. Most importantly, the program makes clear that everything that the Bible teaches is true.

The remainder of the programs tell a series of the major stories from the Bible. The first is creation. Creation tells us a lot about God, who he is, what he is like, and how we can know he’s real. Second, is the account of the fall, which teaches us about sin and why bad things happen in this life. The next program deals with the flood, which shows us just how serious God considers sin to be. Then, we jump ahead to the New Testament. The next program introduces Jesus. He is God. He has always existed and is the creator of the world. He chose to take on flesh and become a human being. The seventh program deals with the cross, and what Jesus did to pay the price for our sin. This program has the primary evangelistic focus of the series. The final program deals with the fact that the story isn’t over. Each of us gets to play a part in God’s Big Story, as it continues to unfold today.

This series is a major departure from all my previous series, in that it primarily takes a narrative approach rather than a systematic one. This approach has a number of advantages. It is easier to remember than a list of facts, and it makes it easier to see how it all fits together into a unified “big picture.” It also helps the hearers become “instant evangelists,” as it is simple to retell a story. It is interesting to note that this is the primary approach Jesus used, teaching through stories. In fact, approximately 75% of the Bible consists of stories!

I’d love to bring God’s Big Story to your group. If this would be a good fit for your group, let us know. We’d love to talk to you!