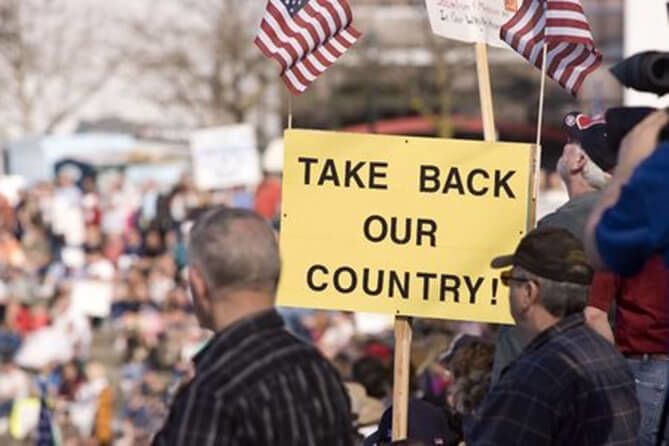 Getting to the Root of Our Differences

Our culture is divided. Very divided. Abortion, guns, drugs, sex, gay marriage, health care, minimum wage, the appropriate size and role of government, and much more. About the only thing we can agree on is the fact that we can’t agree. We argue endlessly on social media, but no minds are ever changed. We are totally shocked that those on the other side fail to grasp the obvious “rightness” of our position. So we commiserate with those on our side, mocking the irrationality of those with whom we disagree.

Why is this? I’m convinced that in all our debating and arguing, we’re just dealing with the symptoms. We rarely address, or even recognize, the actual root of the disagreement. The problem is, each side is approaching the world from radically different starting point. Our worldview–our core beliefs about God, life, and the universe–lead us to radically different conclusions on a host of different subjects.

If we’re going to make a difference in our culture, we have to learn to recognize and get to the root of the matter. In America, our society is largely shaped by two worldviews. Historically, we have been shaped by a biblical worldview, that accepts God and his Word as the primary authority. Now the dominant worldview is humanism, which declares man is the ultimate authority, either individually or collectively as a society.

Of course, individuals defy easy categorization. Non Christians may still accept elements of the biblical worldview. (Nearly all non Christians accept things like the fact we live in an orderly universe with basic logical rules, even though there is no basis for believing that apart from a biblical worldview.) Similarly, it’s not uncommon for people who identify as Christians to actually hold to at least some of the tenets of humanism. Sometimes, even committed Christians can inadvertently adopt unbiblical ideas from the culture.

Over the next few weeks (or however long it takes) I want to use this blog to explore some of the specific core issues, and how they impact our perspective. My goal is to help people get past the surface, and learn to understand the fundamental issues that are at the root of our different perspectives on some of the critical issues that we are facing.