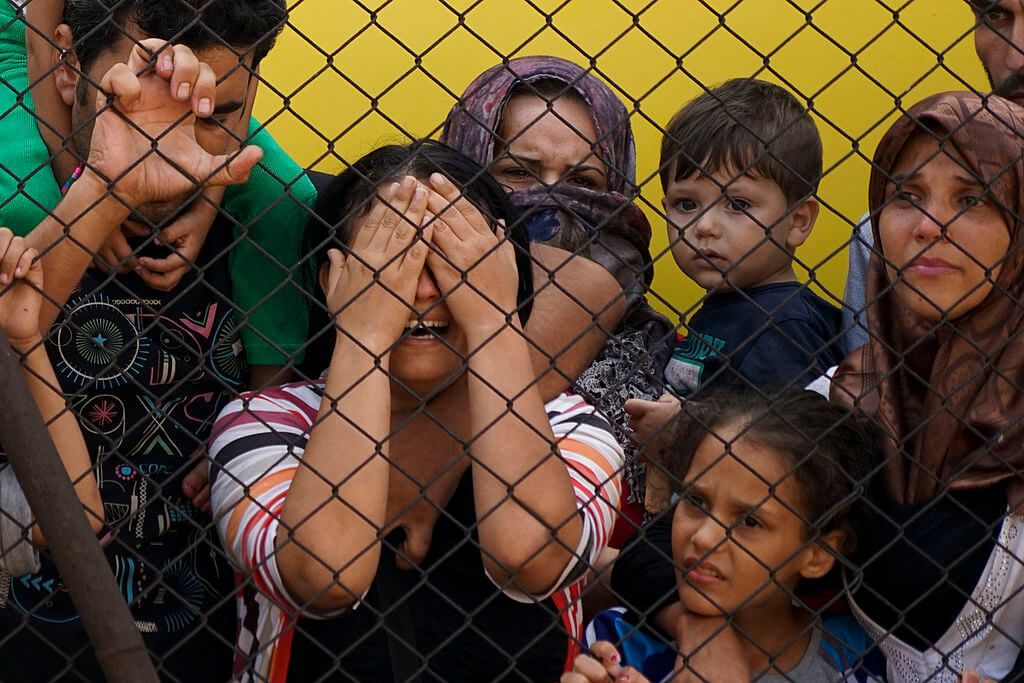 Syrian Refugees and the Heart of American Christians

I’m concerned, and frankly ashamed, by what the Syrian refugee crisis is revealing about the heart of American Christians.

Let me start by saying that I have a lot of Facebook friends with different political and religious affiliations, so I’m used to seeing disagreement on issues. When it comes to dealing with poverty, for example, my left leaning friends think the primary solution is for the government to provide food, money, and other benefits to people in need. My right leaning friends tend to prefer focusing on ensuring that there are economic opportunities so people can help themselves, and relying more on private charity than government support. When you ignore the silly memes, and cut through all the posturing and bloviating, both sides want to help. We just disagree on the best strategy. That kind of debate doesn’t bother me at all. In fact, I think it’s a good thing.

When it comes to the Syrian refugees, the debate reveals something much darker. We’re facing the largest humanitarian crisis since World War II. 12 million people have been displaced by war and violence at the hands of Islamic extremists. 4 million are refugees. They have nowhere to go, and no ability to provide for themselves. It’s a huge problem with no easy answers. I’d expect a lot of disagreement and debate over how to help. However, I’m not seeing that. What I am seeing is debate about whether or not to help at all. What disturbs me most is that many self described Christians are arguing very strongly and loudly that we must not help these people at all. I sincerely hope I am misreading their intent, but many seem to be indifferent to their need and sometimes even hostile toward people in a desperate situation. (I’m certainly not saying this is true of all the Christians in my Facebook feed, but it does appear to be the case for far too many for my liking.) Sure, we have our high sounding excuses expressed in pithy memes to help us feel good about our callous response, but they’re just that, excuses.

We say that many of them are Muslims, and Muslims are our enemy. Even if it were true that all Muslims were are enemies, it would be irrelevant to those of us who are Christians. Jesus commanded us to love our enemies. (Matthew 5:43 ff.) He made no exception for the Muslim ones.

We say it’s dangerous as there could be terrorist infiltrators among them. Yet God commands us to be willing to lay down our lives for others. (1 John 3:16) God never gave us permission to turn off our compassion when it gets risky.

We say we have too many problems at home, and we need to help our neighbors first. In the parable of the Good Samaritan, Jesus tells us who our neighbor really is: anyone who is in need. (Luke 10:25 ff.) We don’t get off the hook just because the person in need is from Syria.

In Matthew 25, Jesus describes judgment based on treatment of the poor. It tells of a future time when all nations will stand before Jesus, and he will divide them into “sheep” and “goats” based on their treatment of the poor and needy. People are judged based on whether they fed the hungry, provided drink to the thirsty, housed the stranger, provided clothes to those who needed them, helped the sick, and visited those in prison. Jesus tells us whatever we did (or did not do) for the “least of these,” we did (or did not do) to him. When the time comes and we are judged for our treatment of these people before us today, will we be counted with the “sheep,” or the “goats”?

I’m not arguing for any particular response to this crisis in this post. I have opinions, certainly, but I don’t claim to know what the best course of action is. Maybe we should bring some refugees here; maybe not. Maybe the government should devote funds to this; maybe funds should only come from individuals. Maybe you should personally give in some way; maybe God isn’t calling you to do that. (If you’re a Christian and you aren’t investing your life to help any people in need in any way then something’s wrong, but you certainly aren’t required to do everything yourself.) I do think we all should be praying. I don’t see room for a “maybe” on that last one.

What I am arguing for is compassion from those of us who claim the name of Jesus. You want to argue against bringing in refugees, fine. You think the government shouldn’t devote funds to these people, fine. Make that case as firmly and loudly as you please. Just show compassion while you do it. Never lose sight of the fact that these are real people: unique creations of God, made in his image and loved by him so much he gave his son for them. Become an advocate for these and other people in need. In addition to sharing what you think we shouldn’t do, take time to share what you think are the best things that we can and should do to help them–even if the only thing you can think to do is pray.

The Bible is clear that God is on the side of the poor and needy. How can we rightly call ourselves Christians if we are unwilling to do the same? As John put it, “If anyone has material possessions and sees a brother or sister in need but has no pity on them, how can the love of God be in that person?” (1 John 3:17)