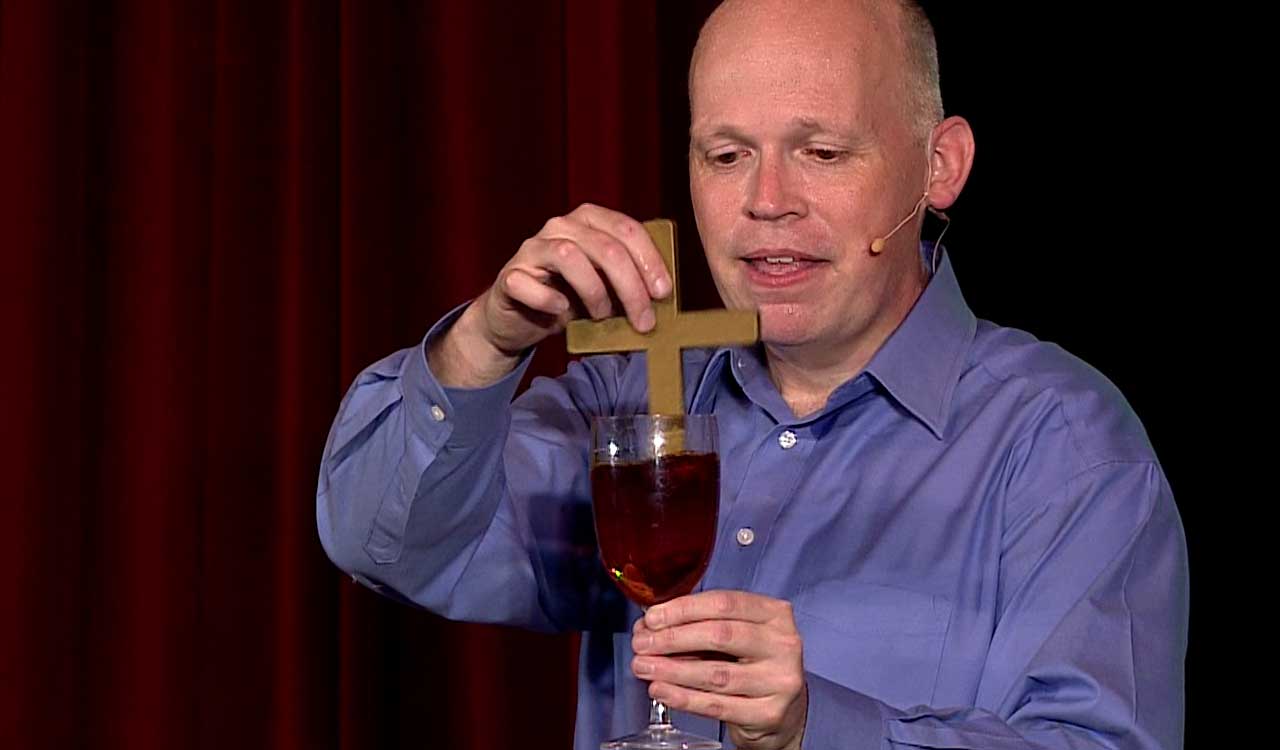 As I travel across the country performing for churches and other Christian organizations, I am often asked whether I am a “Christian Magician” or a “Christian Illusionist.” And, for that matter, what’s the difference?

The short answer is that it is more accurate to refer to me as a magician. The longer answer is a bit more complicated.

Like most English words, “magic” has many definitions. As used in this context, magic is defined as “the art and skill of performing mysterious tricks to entertain people.”

As a quick aside, there is nothing in this usage of the term that implies any supernatural involvement. Theatrical magic uses perfectly natural means to produce entertaining results.

There are many types of magic, including illusion, sleight of hand, mental magic, escape magic, street magic, stage magic, bizarre magic, and so forth. Magic is a general term that includes all these and more.

Of course, there are people who abuse the principles of magic to take advantage of people rather than entertain, such as con artists, pickpockets, and fake mediums and psychics. However, these people aren’t considered magicians. In fact, the magic community has a long history of opposing this misuse of magical techniques. For example, Harry Houdini famously worked to expose bogus spiritualists.

Again, this is a word with many English meanings. In magic, “illusion” specifically refers to large stage effects, generally involving a person, large animal or large object. In magic, an example of an illusion would be something like levitating a person, sawing someone in half, or making an elephant disappear.

As the terms are used in the magic community, illusion is a sub-genera of magic. So, all illusionists are magicians, but not all magicians are illusionists.

However, the general public tends to use the word “illusion” differently. An illusion is simply something that is not as it appears. In this sense, since all magicians do things that are not what they appear, some people use the term “illusionist” more or less synonymously  with “magician.”

To further complicate matters, some magicians who don’t perform large stage illusions still like to call themselves “illusionists.” They think it sounds fancier or more impressive, and believe it is a useful marketing term.

So, if you call someone an “illusionist,” some people would think you are referring to a magician in general. Others, particularly those most interested or involved in magic, would think of a specific type of stage performance.

Obviously, any Christian working as an illusionist would be a “Christian Illusionist.” However, that phrase would usually only be used by someone who explicitly includes a Christian message in their programs. “Gospel magic” is the term generally used to apply to any form of magic used to present a Christian message. There’s even an international organization dedicated to this type of magic, the Fellowship of Christian Magicians.

Some Christians do have concerns about the terms “magic” and “magician.” As one of the definitions of the word “magic” refers to the occult, they prefer not to use the term at all and are more comfortable with the term “illusion.” (Interestingly, occult practitioners are also annoyed by this quirk of the English language. So, they often use the archaic spelling “magick” to avoid being confused with theatrical performers.)

In reality, it is very unlikely that someone will confuse these different connotations of the term. The English language is full of words with many unrelated meanings, and it rarely leads to misunderstanding. "Bank,"for example,  can refer to many things, including a financial institution or the side of a river. The context almost always makes the meaning the speaker intended clear and unambiguous. The same is true for the word “magic.”

It should be obvious that it’s accurate to call me a Christian magician. But am I also a Christian illusionist?

I do many kinds of magic, including sleight of hand, escapes, mental magic, and some things that could be considered stage illusions. However, doing a few illusions at some events is not the same thing as being an illusionist.

People who are familiar with magic would reasonably expect me to precisely use magic terminology. So, referring to myself as an illusionist would basically be making a false assertion about the nature of my program to these people. For this reason, I never call myself an illusionist.

So, if you’re promoting an event with me, I recommend using terminology like “magician” or “magical entertainer.” However, as stated earlier, many people do use the terms “illusionist” and “magician” interchangeably.

So, if you’re in a situation where using a word like “magic” is problematic,  go ahead and call me a “Christian Illusionist.” Just be sure you promote the event is such a way that people are clear about what they will see.

Being fooled in the sense of not knowing how the magician made some wondrous or mysterious thing happen can be fun. Being fooled into having false expectations about an event is not so fun. Hopefully by the time the event is over they’d have such a good time that they wouldn’t care that the event was different than expected. However, it’s much better to avoid giving people false impressions about the event to begin with.